The Last Word on Wildlife

On March 30, 2017 the Big Cat Public Safety Act (H.R. 1818) was introduced into the U.S. House of Representatives. Proponents of H.R. 1818 laud it as a bi-partisan effort to “prohibit private ownership of captive lions, tigers, and other big cats in the US.” — in other words, pets. However, this characterization appears not only disingenuous, but it is duplicative, as most states already prohibit the ownership of big cats as pets. If passed as written, the primary impact of H.R. 1818 would not be on pet owners, but on zoos and sanctuaries that are not ideologically aligned with animal rights advocates espousing historical anti-captive wildlife sentiments.

One Black Rhino May Help Save All Of The Rest

How hunting a critically endangered black rhino will greatly benefit conservation of the species.

Last January the Dallas Safari Club (DSC), auctioned off a permit issued by the government of Namibia to hunt a black rhino. Namibia is legally permitted by the Convention on International Trade in Endangered Species (CITES) to sell five permits for the hunting of adult male black rhinos each year. The Namibian government has identified a small number of individual black rhinos that may be hunted that are old, incapable of breeding and pose a threat to other younger animals.

A prominent hunter and conservationist, Corey Knowlton, submitted the winning bid of $350,000 at the auction and subsequently applied to FWS for a permit to import the trophy into the US. DSC plans to donate the entire proceeds of the auction to benefit conservation of the black rhino species (Diceros bicornis).

The debate over the value of a black rhino hunt that would raise $350,000 for rhino conservation efforts in Namibia has heated to the boiling point once again. The question of whether the US Fish & Wildlife Service (FWS) will issue a permit to import a black rhino trophy into the US is at the forefront of this debate. Anti-hunting animal rights groups that vehemently oppose the hunt are using the power of their grass roots followers to pressure FWS to deny issue of the permit.

Reports from the Namibian government suggest that an older non-breeding male rhino that is disruptive to the herd, will be selected. It is important to note that this rhino will likely be culled regardless of whether FWS issues the import permit or not. If the permit is denied DSC plans to refund Mr. Knowlton’s winning $350,000 bid.  If that happens, the rhino’s life will not be saved, and the conservation efforts in Namibia will not receive the $350,000.

According to FWS spokesman Gavin Shire, FWS is ‘applying “extra scrutiny” to Knowlton’s request because of the rise in poaching.’ By all accounts, although there was a rise in the numbers of poached white rhinos in South Africa, the overall population of black rhinos has been on the rise for a number of years.

“Thanks to successful conservation and anti-poaching efforts, the total number of black rhinos has grown…” ~ World Wildlife Fund (WWF)

Anti-hunting groups have long argued that hunting and poaching are indistinguishable. However, it is clear that this is a position driven by ideology. The reality is that hunting is legal and supports conservation. Poaching is a criminal activity that undermines conservation. What is unclear from the FWS statement, is how an unrelated rise in poaching arbitrarily dictates “extra scrutiny” toward the issuance of an import permit for a legal rhino hunt.

Additionally, animal rights groups argue that money spent on hunting in Africa never reaches local communities or conservation, but according to a report from TRAFFIC, the organization that works with the WWF, IUCN, and CITES to track the international trade of wildlife, US hunters spend $11 million annually in Namibia on controlled, legal hunts. Further, if allowed by the US government, the $350,000 proceeds from this one single hunt would go exclusively to black rhino conservation in Namibia.

Those that are opposed to hunting are predisposed to object to any hunting based conservation model. Ideology aside, there is no doubt that millions of dollars are injected into the Namibian economy every year as the direct result of hunting. For FWS to deny issuing an import permit based on misinformation and pressure from special interests, would not only be a disservice to processing a legitimate permit application, but it would block $350,000 earmarked for black rhino conservation efforts.

Yesterday on the IFAW Facebook page, the animal rights organization was exhorting their followers to “Save One Black Rhino” by pressuring FWS to deny import permits. The fact remains that the rhino in question will likely be culled regardless of the decision of FWS. Wouldn’t it be better to allow Mr. Knowlton to hunt the rhino and import the trophy so that the auction money can go to rhino conservation? Preventing Mr. Knowlton’s hunt will accomplish only one thing:  it will prevent black rhino conservation in Namibia from receiving a $350,000 donation.  All real conservation happens at the species level. The survival of critically endangered black rhinos should not be held hostage to special interest politics. 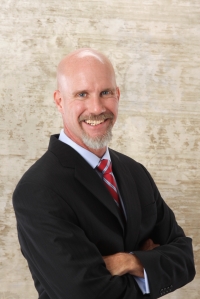 “Endangered species conservation and other wildlife issues are highly charged and contentious. I specialize in working with clients to employ campaign style tactics to change hearts and minds on vital issues in the wildlife sector. Please follow The Last Word for insight and analysis particular to the 21st century wildlife sector. If you would like to discuss the potential advantages of running a targeted issue campaign, and/or a comprehensive government affairs strategy, please call or email me.” ~ Andrew Wyatt

The trend of shock value advertising by animal rights organizations began with PeTA in the early 1980’s and their graphic photos of vivisection on monkeys. Since then, the animal rights industry has devolved from protecting animals into slickly managed, no-holds-barred, fundraising machines. The object of the exercise is not to help animal shelters and rescues that are desperate for resources, but rather an aggressive “bait and switch” diversion of donations to fat pension funds, legislation, litigation and propaganda targeting prohibitions against a broad spectrum of animal interests to which they are ideologically opposed, primarily food production, zoos, circuses and hunting. Meanwhile, the puppies and kittens whose images they peddle under the false pretenses of rescue seem a low priority consideration.

So called animal advocates seeking to escape the stigma associated with the term ‘animal rights’ have taken to calling themselves ‘animal protection’ groups. The names may be different, but the ideology is the same. These groups oppose all animals in captivity, hunting and/or any kind of animal use. This is the premise used to raise money from their fanatical base. However, these groups are now using graphic images of horrifically maimed, injured or dead animals in fundraising campaigns to appeal to the mainstream public. I call this strategy Peta-Porn, and its use is escalating, fueled by the power of social media. Painting with the broad brush of righteous indignation, they depict any kind of human-animal interaction as exploitation.

Americans love animals. They love their pets, and they love wildlife. Animal rights organizations, now pinning themselves with the moniker of “animal protection,” have learned that grotesque photos of abused animals (Peta-Porn) coupled with sensationalized often untrue stories, can open the flood gates for donations from the animal loving American public. Ed Sayres, the former CEO of the American Society for the Prevention of Cruelty to Animals (ASPCA) road on PeTA’s coat tails to justify his own $500,000-plus annual paycheck. Remember the horrible TV commercials with photos of tortured and disfigured dogs and cats (Peta-Porn) accompanied by sad music and an urgent plea for money? Now many animal rights groups appear to be emulating this model in aggressive TV, email and social media campaigns.

“A lie which is half a truth is ever the blackest of lies.” ~Alfred, Lord Tennyson

The Humane Society of the United States (HSUS), the largest animal rights organization in the world, spends less than 2% of it $165 million annual budget on animal shelters. They spend over $80 million annually impacting legislation and fundraising.

Organizations like HSUS, Born Free USA and the International Fund for Animal Welfare (IFAW) touting themselves as animal “protection” organizations, have cast their net wide to snare every high profile animal issue that grabs the headlines and turns American stomachs. They have been actively exploiting highly charged animal issues such as elephant poaching and dog fighting; and make no mistake, it has become a fundraising jackpot. They raise hundreds of millions of dollars, but often they use extremely deceptive marketing to reach their fundraising goals.

“Animal Rights and other wildlife issues are highly charged and contentious. I specialize in working with clients to employ campaign style tactics to change hearts and minds on vital issues in the wildlife sector. Please follow The Last Word for insight and analysis particular to the 21st century wildlife sector. If you would like to discuss the potential advantages of running a targeted issue campaign, and/or a comprehensive government affairs strategy, please call or email me.” ~ Andrew Wyatt