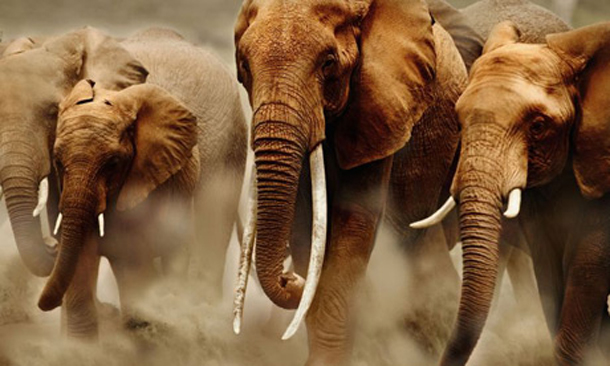 THE GREAT ELEPHANT CENSUS (GEC) (Part One): Its faults and its foibles
The elephant population figures produced by Africa’s Great Elephant Census (2016) were just a list of numbers. The report did not record anything about the ecological management status of the elephant populations that were counted. For example, there was no information at all about the elephant carrying capacities of the habitats in which each population lived. So we have no idea which populations were SAFE, UNSAFE and/or EXCESSIVE.

This is a pity because a lot of people expended a lot of energy to produce the figures. But – whichever way you look at them – they are still just a bunch of numbers. And I lament the fact that “numbers” are seemingly all that matters in the present day and age! Certainly, whenever elephant numbers are up from previous counts – everybody rejoices. And they produce long faces when the numbers are “down”; and “poaching”- without any substantiation – is always blamed for any and all declines.

The census results indicate there were 352 271 elephants, ranging over 18 countries across Africa, in 2016. Nineteen countries were omitted from the census.  But, the scientists say that, statistically, the numbers counted represent 93 percent of Africa’s savannah elephants.  If that is so, then the total number of elephants in Africa now stands at 380 000. (An extra 28 000?)

The authors concluded that Africa’s savannah elephants had declined by 30 percent (equal to 144 000 elephants) between 2007 and 2014.  If these figures are true, this reflects an average annual net loss during that period of 20 571 per year; 56 per day; 2,3 per hour; or one every 26 minutes. The declines, the report concluded – without any substantiation – were “primarily due to poaching”. These facts paint a dismal picture at the start of the 21st Century, but let’s have a look at the whole story before we go ballistic.

“Poaching” was not defined in the report, and “the poachers” were not identified. To make any sense of what the report claimed, therefore, requires that we examine the history of Africa’s commercial elephant poaching pandemic.

During the 1970s and 1980s “the political elite” in Kenya were said to have been responsible for the reduction of elephant numbers in that country, from an estimated 275 000 (1970) to 20 000 (1989); the killing of ten thousand black rhinos; and the killing of thousands of several other species, such as zebra and colobus monkeys, for their skins.  Two village hunters, on one occasion, were arrested for having 26 000 colobus monkey skins in their possession. The day after their arrest they were released from prison when “official papers” (from the highest office in the land) were produced to indicate the hunters were in legal possession of the skins.

All the contraband was exported from Kenya’s east coast seaports directly to illegal markets in the Far East without any kind of CITES documentation; but with tacit presidential approval.

The poaching had its roots in political and business circles in Tanzania, the villages bordering the SGR (Selous Game Reserve) and partly within the conservation system itself (i.e. government game rangers).

He goes on to say:

Village poachers and game scouts did the shooting, but ‘big people’ – politicians, civil servants, businessmen and even hunting operators – masterminded the slaughter.

In Zimbabwe and Zambia in the 1990s – similarly – the political elites of those countries were also involved in the slaughter of elephants and rhinos for their tusks and their horns.

I make mention of all these incidents to indicate a seemingly “politically acceptable” trend of massive elephant and rhino poaching events in East Africa, and south-central Africa, that were all orchestrated by the political elites and their cronies, during the latter three decades of the 20th Century.

All these events are “elephants in the room” that nobody, who values his life, talks about in Africa. Whistleblowers in Africa have a very short life expectancy! Yet everybody knows about these terrible events. And a great deal of this information, at the time, was reported in local and overseas newspapers. The involvement of the Kenyan president and his family – especially the First Lady Ngina Kenyatta – in the country’s poaching pandemic (1970s and 1980s) – was often, apparently, mentioned in the Kenyan parliament; and one individual who threatened to “expose it all” was murdered. And the British government knew all about what was happening.

Then, in the new millennium, the poaching started up all over again. Between 2008 and 2014 – 44 000 elephants were poached inside the Selous Game Reserve in Tanzania under circumstances that were entirely orchestrated by (as before) members of that country’s political, social and business elite; including the army and police. There was no serious attempt by the government to stop the poaching; and a lot of the poachers – the people who pulled the triggers – were reported (by Tanzanian residents “in the know”) to have been given immunity from prosecution.

As happened in Kenya, all the contraband was exported from Tanzania’s seaports directly to illegal markets in the Far East without any kind of CITES documentation; but also, it would appear, with tacit presidential approval.

At about the same time as the Selous slaughter, “tens of thousands” of elephants were reportedly also removed from northern Mozambique under the auspices of this same government-elite class of people in that country.

These latter two sets of poached elephants – the 44 000 (in the Selous) and “several tens of thousands” in the Niassa Province of Mozambique, are included in the 144 000 elephants that were recorded as having been killed “by poachers” (between 2007 and 2014) in the Great Elephant Census (GEC) Report.

The term “poacher” is not defined in the GEC, so it is left to the reader’s imagination to believe just what he wants to believe. The massive weight of continuous animal rights propaganda over the years, however, has seemingly convinced the whole world that elephant poaching in Africa is all controlled and organised by a mysterious “Chinese Mafia”; and the killing is carried out by “greedy” village poachers. So, I must suppose that that is what most people believe – because it is a statement that has been repeated many, many times since CITES 1989, and rarely refuted.

It is a huge, mischievous and criminal distortion of the truth to attribute the 144 000 “poached” elephants that were recorded in the GEC report, to Africa’s “greedy” village hunters; to the so-called Far Eastern poaching “mafia”; and/or to any other criminal elements in general African society – unless you include within this group those members of the political elite who orchestrated the really BIG poaching events in Africa’s recent history. So, the inferences made in the GEC report – that the poaching must come to a stop if Africa’s elephants have any chance of being saved – is VERY and, in my opinion purposefully, misleading. I believe that if you want to point fingers at the culprits in Africa, several of the continent’s political elites should be named, shamed and held accountable. They are the ones who are most responsible for the great losses of elephants and rhinos that Africa has suffered during the last fifty years. The big question that comes out of the GEC report is: WHO do we have to pressure to stop the poaching?

THE whole world needs to be told who we should be fighting, if it is truly everybody’s intention to stop commercial elephant poaching in Africa! In my book, Africa’s political elite are more to blame for the decline in elephant and rhino numbers in Africa, than any other single group of people. And the biggest link to the demise of Africa’s elephants is bad governance.

Andrew Wyatt, of Vitello Consulting, is a government affairs and policy consultant dedicated exclusively to the wildlife sector. 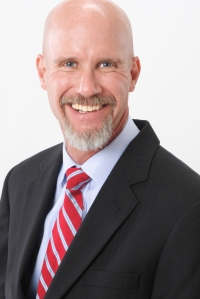 “The debate regarding trade in antique ivory in the U.S. is highly charged and contentious. I specialize in articulating clear policy ideas and getting them in front of key decision makers. Please follow ‘The Last Word on Wildlife’ for insight and analysis particular to the 21st century wildlife sector. If you would like to discuss the potential advantages of creating a comprehensive business/government affairs strategy, or a more targeted issue campaign, please call or email me.” — Andrew Wyatt

©Andrew Wyatt and The Last Word on Wildlife, 2017. Unauthorized use and/or duplication of this material without express and written permission from this blog’s author and/or owner is strictly prohibited. Excerpts and links may be used, provided that full and clear credit is given to Andrew Wyatt and The Last Word on Wildlife with appropriate and specific direction to the original content. Material posted from guest writers is the sole intellectual property of the author. Please seek permission directly from the author prior to reproducing in whole or in part.

One thought on “The Elephant’s Armageddon: Part III”